Our team wants to make sure you have the best experience possible, so we guarantee our work and always use high-quality parts in all of our repairs. You can rest assured knowing your appliance is in good hands when you choose Inglis Appliance Repair. In addition, we want to make sure you’re 100% satisfied with our service, so we offer a 90-day warranty on all repairs. If something goes wrong after we leave, just give us a call and we’ll come back out and take care of it free of charge. 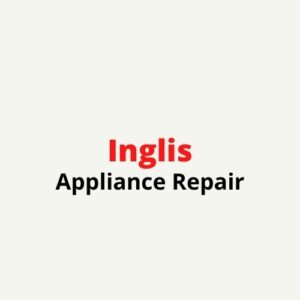 Advance Appliance Repair is the only company in the GTA that can offer same-day service for your Inglis stove models. We know that when one of your appliances breaks, you need it fixed as soon as possible. That’s why we have a team of experienced technicians who are available 24/7 to help you get your appliance up and running again. In fact, we are the only service provider that has a huge inventory of parts for your Inglis washing machine. So, choosing our repair experts to do the job will not only be the fastest option. But the most efficient as well when it comes to timing.

Not only do we offer on-spot service, but we also have access to parts across North America. If the part you need is not available in Canada, our team can get it from the United States. Hence, we want to make sure that you have access to a company that could provide you with high-quality service. So even if your appliance is old, we can still find the part you need and get it fixed for you. Don’t wait any longer, call us today and schedule an appointment! 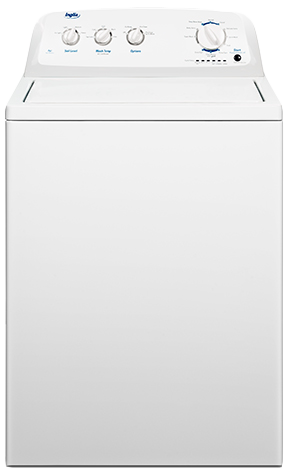 Do you have a broken appliance and don’t know what to do? At Inglis Appliance Repair, we understand that your appliances are critical to you, and when they break, it feels like a disaster. Also, we know how crucial your machines are to you and your family. First, we have expert technicians who can fix any appliance issue, regardless of the size or complexity. Second, our pros understand that a broken appliance can be a huge inconvenience. Thus, we have expert technicians who are available 24/7 to help you get your appliances up and running again as soon as possible. We also offer a wide range of services, so no matter what the issue is, we can fix it for you.

You don’t have to go through this alone. With Inglis Appliance Repair by your side, you can rest assured that your appliance will be fixed quickly and efficiently – so you can get back to your life. You don’t have to worry about your broken laundry machine anymore. Same Day Inglis Appliance Repair will take care of everything for you and you can get back to using your appliances as soon as possible.

Inglis appliances were a brand of appliances that were manufactured by Maytag from 1911 to 2001. The company was founded by William M. Inglis in 1911 as the Inglis Manufacturing Company in Fort Wayne, Indiana. The company originally produced electric ranges and washing machines. During World War II, the company produced bomb fuses and ammunition shells.

In 1959, Inglis merged with the Maytag Corporation. The combined company continued to produce Inglis-brand appliances until 2001 when Maytag was acquired by Whirlpool Corporation and the Inglis brand was discontinued.

Is Inglis a good brand?

There isn’t really a definitive answer to this question since everyone has different preferences and opinions on what constitutes a “good” brand. However, Inglis is generally well-regarded in the appliance industry and has a reputation for making high-quality, durable products. It’s also one of the more affordable brands out there, which may be appealing to budget-conscious shoppers. Ultimately, whether or not Inglis is a good brand for you will depend on your own personal needs and preferences.

Is Inglis the same as Whirlpool?

No, Inglis is not the same as Whirlpool. While both brands are owned by Whirlpool Corporation, they each have their own unique features and offerings.

Are you technicians qualified to work on Inglis?

Our technicians that work on Inglis appliances are highly qualified and certified to work on these appliances. We only use factory-trained technicians to work on our products because we want to ensure that the job is done right and that your appliance is in good working order. We also offer a 90-day warranty on all of our services, so you can be sure that you’re getting the best possible care for your appliance.

Are you providing repair services weekends and holidays?

Yes, our repair services are available on weekends and holidays. We understand that your appliance may break down at any time, and we want to be there to help you get it repaired as quickly as possible. Our team of qualified technicians is available seven days a week to help you with any repair needs you may have.